Orofacial infections are considered as one of most common infections and need rapid and adequate treatment as they affect a very delicate region and are associated with serious life-threatening complications. Orofacial infections can be either odontogenic that is with an origin in teeth and associated structures or non-odontogenic, not associated with teeth, can affect facial spaces and spread from one space to another, so a good knowledge about diagnosis and treating these infections is of utmost importance, and can include both non-surgical and surgical treatment. The aim of our study was to determine the most common cause of orofacial infections, the most common bacterial microorganisms and their antibiotic susceptibility. Materials and Methods: A descriptive study was undertaken in the Department of Oral and Maxillofacial Surgery, Al-Shaheed Ghazi Al-Hariry Hospital, Baghdad, Iraq from 1st January to 30th September 2015. This study included 45 patients with different forms of orofacial infections; data regarding age, gender, underlying cause, facial space involvement, presenting signs were collected through history, clinical examination and radiographs, incision and drainage with swab sample for culture and sensitivity test was performed. Results: Patients with orofacial infections showed a female to male ratio of 1.25:1. The mean age was 32.8 years. Most of the patients were in their 4th decade of life (27%). Most infections were odontogenic in origin (62%), the most common facial space involved was submandibular (65%), the most common isolated microorganism was Streptococcus pyogenes (59%), and most patients were treated using an extra-oral surgical approach (78%). Antibiotics to which bacterial isolated showed the most sensitivity were netilmicin, cefoperazone and rifampicin (91%). Pain and limitation of mouth opening gradually decreased in most of patients during the two weeks follow up period. Conclusion: Orofacial infections were more common in females, in the third and fourth decade of life, were odontogenic in origin, were mostly caused by Streptococcus pyogenes, and most isolates were susceptible to netilmicin, cefoperazone and rifampicin. Pain and trismus decreased over two weeks post-treatment. 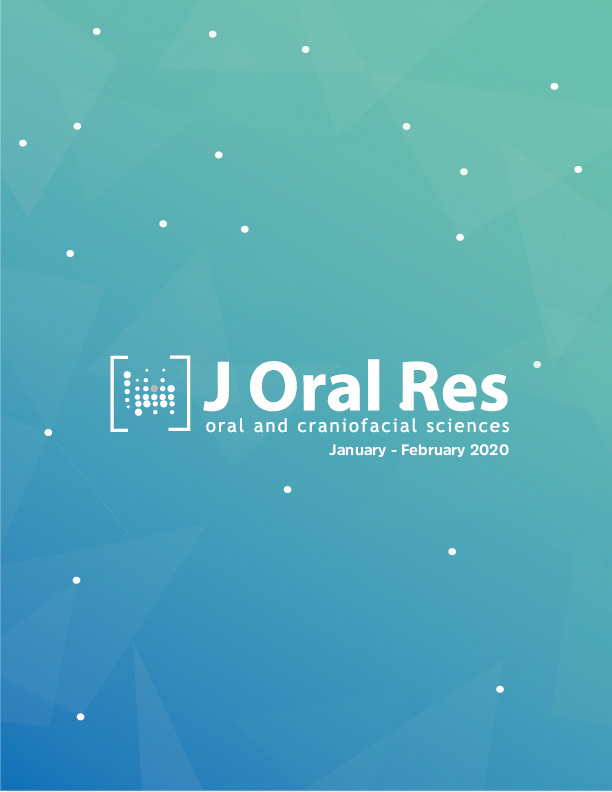 Journal of Oral Research is the official publication

It has a Creative Common License 4.0